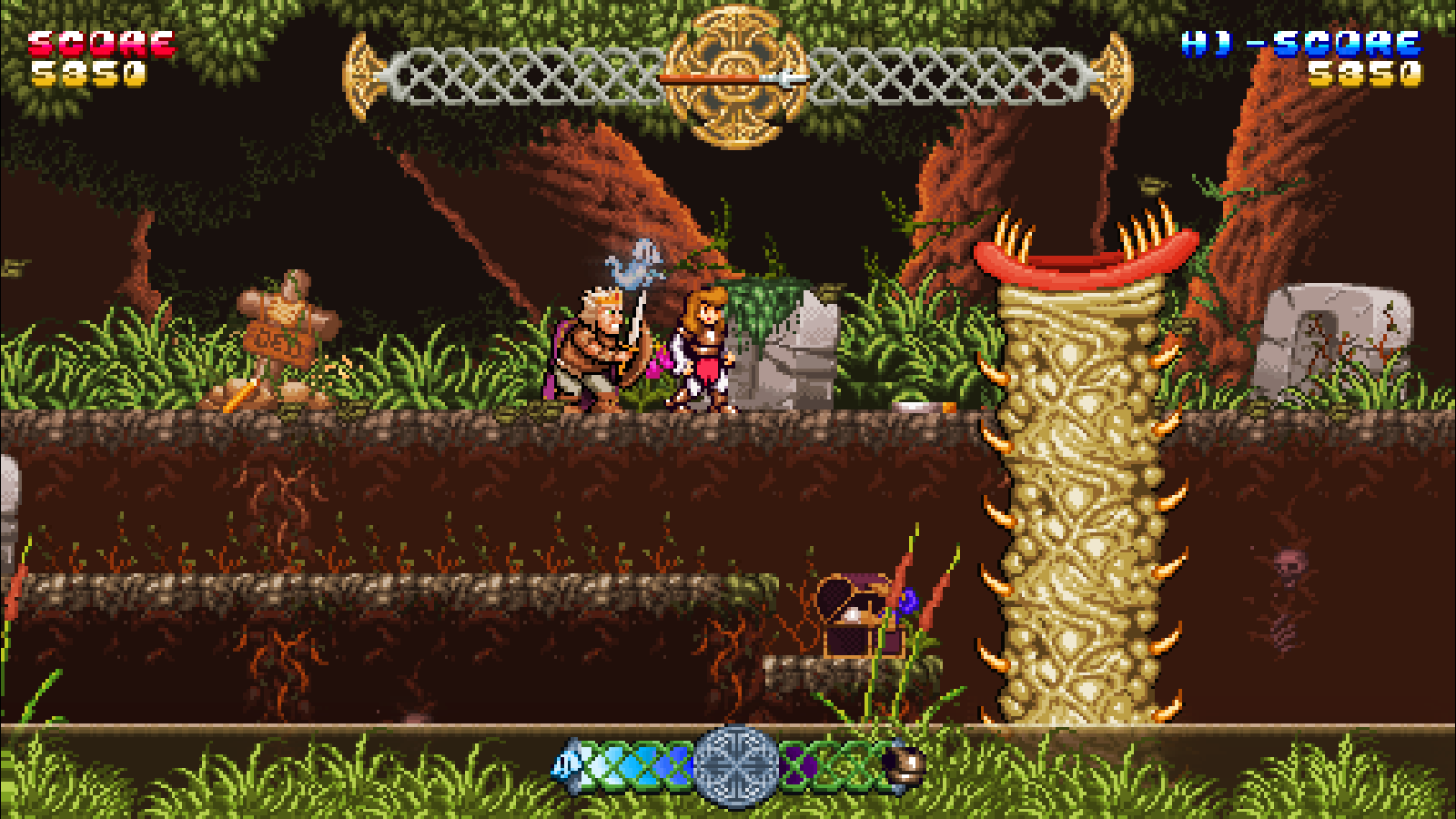 November 24th, 2015 Posted by Chris News No Comment yet

Well it seems people are speculating that Battle Princess Madelyn is going to be a Windows only game because Insanity’s Blade was. We’re programming the game in Unity to put it on consoles first! At no point was it said that the game was going to be Windows only. The Windows release will more than likely come out after the console version has made the rounds.

The reasons we are doing this are mainly because we are a very tiny team trying to deliver a high quality game. Insanity’s Blade was built using an engine called Construct 2 – this was promised to have Wii U portability. But logically this never made sense. A full blown game built in the C2 engine barely runs on a quad core intel chip at 2.4ghz. If you have ever looked up the specs for a Wii U, it’s not even close to this. It ran as expected when we tried to port it – not at all. Now that being said, there is nothing wrong with the Wii U at all. Html5/JavaScript/WebGL is a poor choice to do anything but web games in. The clear choice for us was to move to another engine, and we have – Unity.

The only thing “Windows” about our new game is the prototype. I’m coding it on a pc, I’m testing it on a pc. It’s for proofing out my ideas, and I’ve been building my art assets in it. The final game will not be running in the Construct 2 engine, period – it will be Unity. Our aim is consoles and handhelds first. Maybe mobile but I’m not a fan so that’s very iffy, then lastly Windows.

Consoles have one set of specs to test on (each), Windows for a tiny team is a pain in the ass with the millions of hardware configs out there. I can not even begin to explain how much time has been wasted for example, trouble shooting one persons pc woes a year after the game came out, when they are playing on an operating system that didn’t exist at that point. At the point of writing this Daven has been pretty much on Bug Detail and trouble shooting while I eventually moved ahead with the next game.

The Weapons of Battle Princess Madelyn!

And now for a more cheery note 😀 All of the weapons. The final game should have up to 12 weapons with 3 versions of each based on what armor you are wearing. The prototype has 9 of them completed already. Certain weapons have magical abilities for destroying spectral enemies. The sword for example is a plain sword when you are in your training armor. When you are the in the Valkyrie armor it’s “Daddy’s Cursed Sword – Insanity’s Blade” which you can pogo off of enemies with when you hold down and the attack button in air. Or if you’re in the magical dragon armor, you slam the sword into the ground causing a giant magical blast of lightning that kills just about everything thing on the screen. The cursed or magical versions of the sword can kill ghosts and other monsters the regular training weapons cannot.

The axe on the other hand changes with the first two sets of armor but becomes a wand with similar abilities to the sword but also shoots a low range powerful blast when you have the magical dragon armor. There will be several wands in the game as well. One that turns the enemies into a giant block of cheese which you can either use to climb and stack to reach hidden treasures or shoot it down to an edible block and get a hit point on your armor back. The love wand will either turn your enemies into fluffy wild life pals that bounce off the screen leaving you all sorts of goodies or poo, or it may randomly cause an enemy to fight for you!
Another thing that was not in the prototype that will happen is the ability to pick up the weapon you just had/dropped if you didn’t want the one you just got. Think the secondary weapon in Castlevania – this will work the same way only it’s your main weapon that you can do this with. This makes it easier to cram through the game with your fave weapon and I’m pretty sure I’m going to do achievements for finishing the game with each weapon 🙂 Now for real fun, when the player gets the backpack ability, they’ll be able to choose a secondary weapon to swap to as well if this is the ability they want. This game may look like Ghouls ‘n Ghosts on the outside, but it’s far more fun and innovative than the series ever became.

I will post videos of the weapon system later down the road when I have them looking the way I want!

The Self Adjusting Difficulty

I’ve seen a bit of confusion about this bit too so I will address it. The game is always watching how you play. If you die too much in one stage it will ramp the difficulty down a notch to help you get through. Alternatively, if you are blasting though stages without getting hit, the next stage will ramp up a notch to challenge you more. The game will start at a neutral position and fluctuate depending on your ability. We want everyone to enjoy the game – not just the hardcores or the casuals.

Watching me playing the prototype probably makes the game look easy 😀 So I would want more challenge out of it, it would ramp up on me and make me cry eventually! Well probably not, we’ll put a cap on difficulty since there will be the “Loki” mode to play as well.

Since there is no “lives” system in the game, the worst thing that can happen is that you’re booted back to the start of the stage. This should happen only a couple of times at the most until the game has adjusted itself to an easier level of play. But more than likely most players will destroy monsters constantly, which gathers up magical energy for the dog to resurrect you.

I’ll be posting videos over the next little while to demo bits of the game out as we do them. And at some point soon we’ll be doing our terrifying post-mortem of Insanity’s Blade.